Capturing stories of Andros in the 1950s, as part of an oral history recording project, some of the founding members of the Andros Research Center, became fascinated by the many references to the ancient paths and how they featured in everyday life as the only “routes” before the motor car came to Andros. Inspired by these stories, they started exploring forgotten places, and they came to realise the sheer scale of the fantastic resource under their feet. This is how the Andros Routes vision was born and the project launched in 2010.

The vision of the project is the development of sustainable tourism in Andros through the revival and maintenance of the island’s network of ancient paths. Slowly, over the last 10 years, through the work of a growing group of volunteers with the help of private support and donations, 180km of paths have been restored and signposted according to European quality standards. Often working only with hand tools, these volunteers have uncovered a wealth of hidden beauty and revealed thousands of years of man-made history across the island.

The hiking network includes the 100km long-distance path, the Andros Route, which crosses the island from north to south. In 2015 the Andros Route received the prestigious European quality certification, Leading Quality Trails – Best of Europe from the European Ramblers Association. Andros was the first island in Europe to be awarded this distinction. The European certification is re-assessed every 3 years, and following an inspection in 2018, it was renewed again until 2021.

The Andros Routes project continues to manage restoration maintenance of the growing network. It is involved in numerous actions in support of the project, including: 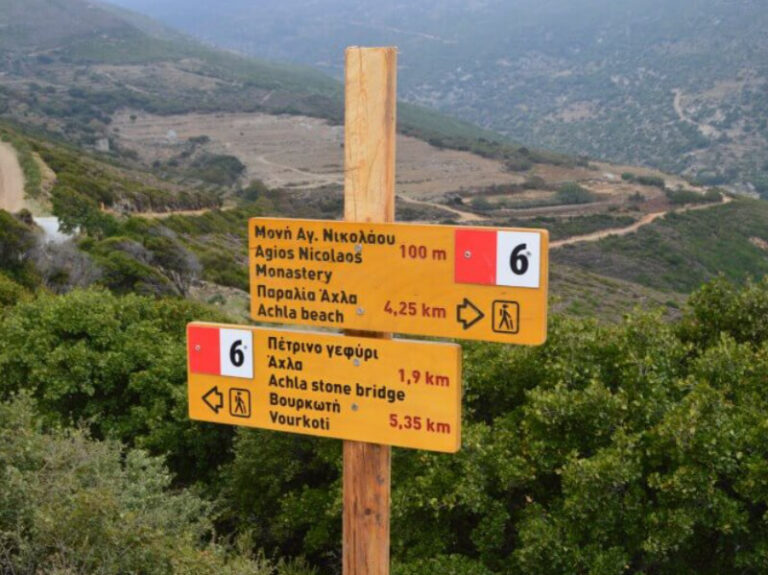 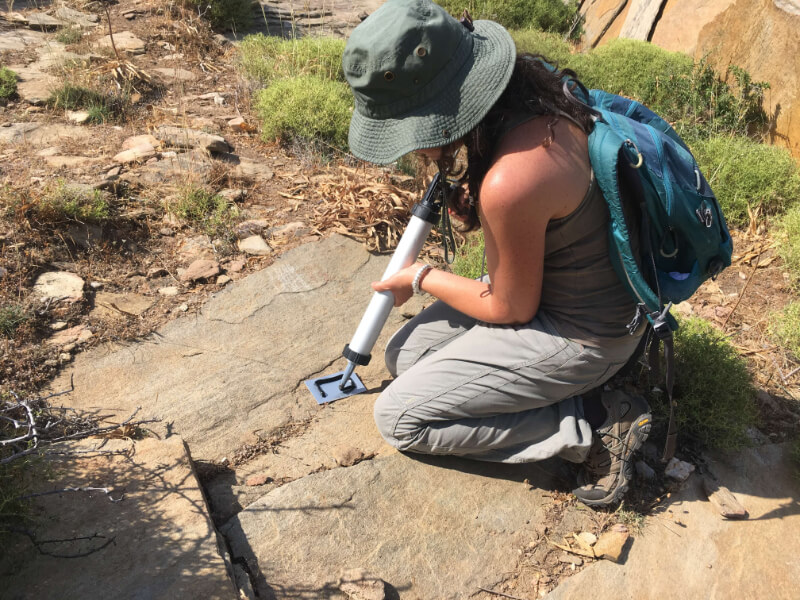 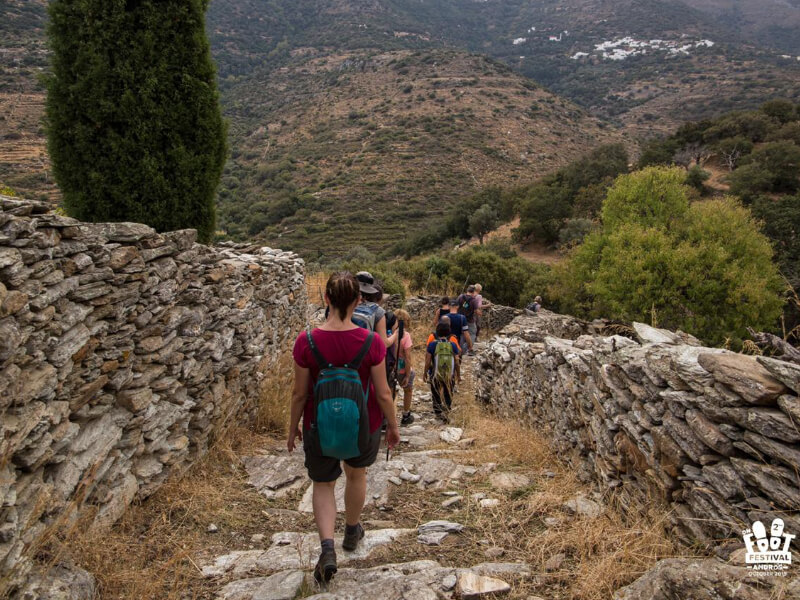 In October 2018 around 1000 pairs of feet joined us for our first “On Foot” hiking festival. The aim of this first multi-day (23 days!) festival was to introduce the world to the unique beauty of Andros thorough walking the Andros Routes network of paths. The festival provided hikers with not only guided hikes through the landscape of Andros but also a just to glimpse the history and culture of the island through talks from historians and local people and through village feasts at the end of every guided hike. One of the key objectives of the Festival was to involve local village cultural associations to make the festival a truly local event for both locals and visitors to get to know and highlight the unique nature and cultural landscape of Andros to residents and visitors, as well as to work with local cultural associations. throughout the island to strengthen the villages. Encouraged by the enthusiasm of those who participated in the 1st Andros on Foot Festival we organised and ran the 2nd Andros On Foot Festival October 2019

READ MORE ABOUT THE ON FOOT FESTIVAL

Andros is a unique place, a green island, among the rocky Cyclades. However, We are not untouched by the problems of the modern world and with our expanded summer population we create the unsustainable  waste of a small city. Our dream is to make Andros the first Zero-Waste island in Cyclades. Our journey starts here. 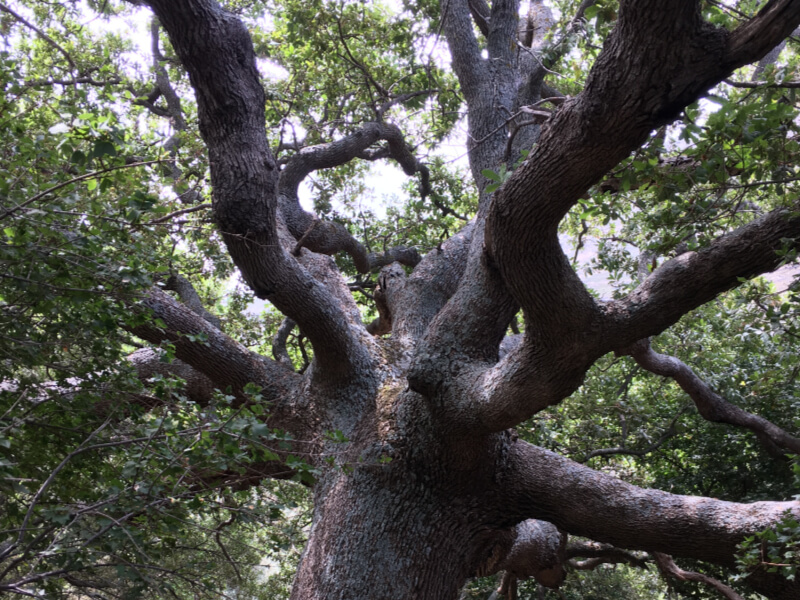